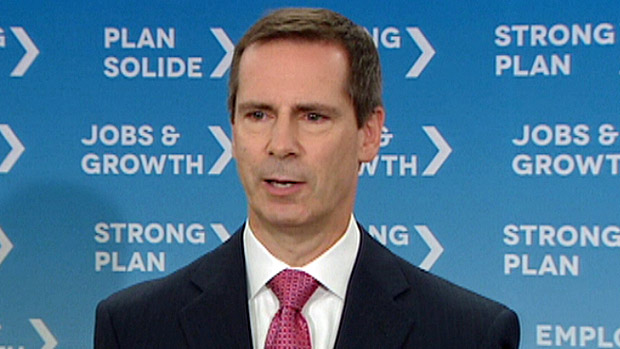 Premier Dalton McGuinty refused to say Thursday if the public-sector wage freeze legislation opposed by the Progressive Conservatives and New Democrats will be a confidence vote in his minority Liberal government.

“Without speaking to that particular issue…an integral part of our plan to attack the deficit is to put in place a freeze on public-sector compensation,” McGuinty told the media after his annual agri-food summit.

When reporters pointed out he hadn’t answered the question about whether he would declare the bill a confidence motion, McGuinty admitted he was ducking the issue.

“Yeah I know,” he said. “That was deliberate. Why is this a surprise?”

Should a new Canadian Constitution define what is a “vote of confidence” (as rules in the UK, Australia and New Zealand do) so that the Prime Minister and premiers can’t pick and choose whichever votes they want? You can send a letter letting key politicians across Canada know what you think HERE.